5000 Years: The National Museum Of India in Delhi

The National Museum, a.k.a. The National Museum Of India was formed in the year 1949. It is one of the biggest museums in the country. The Ministry of Culture is in charge of handling its affairs. As the title reads, the museum has artefacts that cover an astounding range of 5000 years and these works of art have a population of 200,000. They consist of both Indian and foreign art. The origin of the idea for the National Museum goes back to the Royal Academy in London during the year 1947. They had an exhibition there, after which the curators came up with the notion for displaying the same collection in India before returning the artefacts to their respective owners.

This Indian version of the exhibition happened in 1949 in the Rashtrapati Bhawan. It was an unexpected success that gave birth to the idea of the National Museum being a permanent structure in Delhi. And so, on the 15th of August that same year, the Governor-General of India, Chakravarti Rajagopalachari, inaugurated the National Museum. 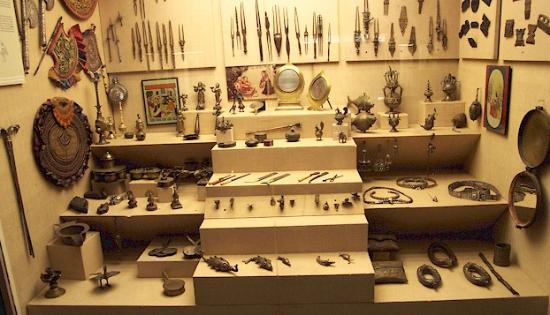 Jawaharlal Nehru himself laid down the cornerstone of the building that is today the National Museum. This was on the 12th of May 1955. The building was completed and open to the public from the 18th of December 1960. Until this was done, the artefacts remained at Rashtrapati Bhawan. The Ministry of Culture and the Ministry of Tourism funds the museum and also runs its administration.